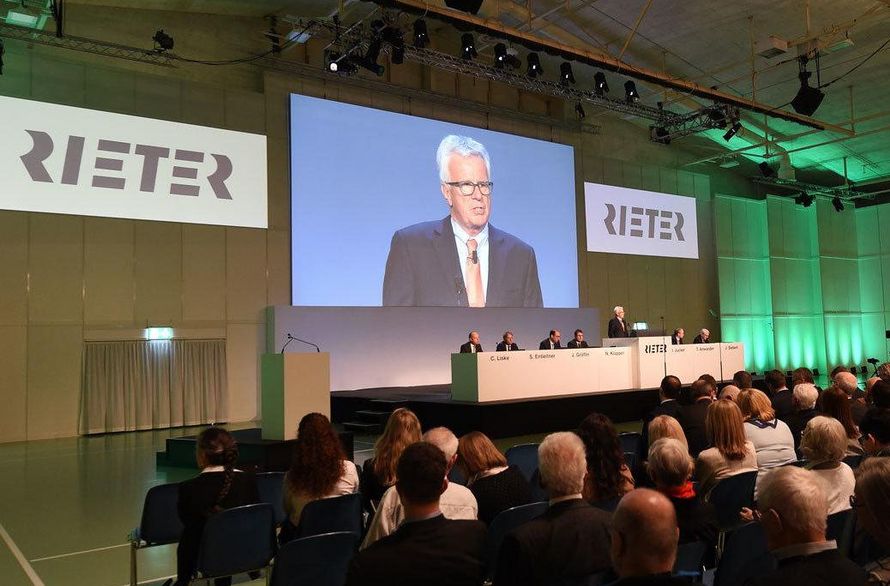 At the 127th Annual General Meeting of Rieter Holding Ltd., today 472 shareholders, who represent 63% of the share capital, participated. In light of the financial strength of the company and the solid result for 2017 a dividend of 5.00 CHF per share was agreed. The shareholders approved the proposed maximum total amounts of the remuneration of the members of the Board of Directors and of the Group Executive Committee for the fiscal year 2019.

Furthermore, Bernhard Jucker, This E. Schneider and Hans-Peter Schwald, the members of the Remuneration Committee who were standing for election, were each re-elected for a one-year term of office.

About Rieter
Rieter is the world’s leading supplier of systems for short-staple fiber spinning. Based in Winterthur (Switzerland), the company develops and manufactures machinery, systems and components used to convert natural and manmade fibers and their blends into yarns. Rieter is the only supplier worldwide to cover spinning preparation processes as well as all four end spinning processes currently established on the market. Furthermore, Rieter is a leader in the field of precision winding machines. With 18 manufacturing locations in ten countries, the company employs a global workforce of some 5 250, about 20% of whom are based in Switzerland. Rieter is listed on the SIX Swiss Exchange under ticker symbol RIEN.  www.rieter.com

Disclaimer
All statements in this report which do not refer to historical facts are forecasts for the future which offer no guarantee whatsoever with respect to future performance; they embody risks and uncertainties which include – but are not confined to – future global economic conditions, exchange rates, legal provisions, market conditions, activities by competitors and other factors which are outside the company’s control.