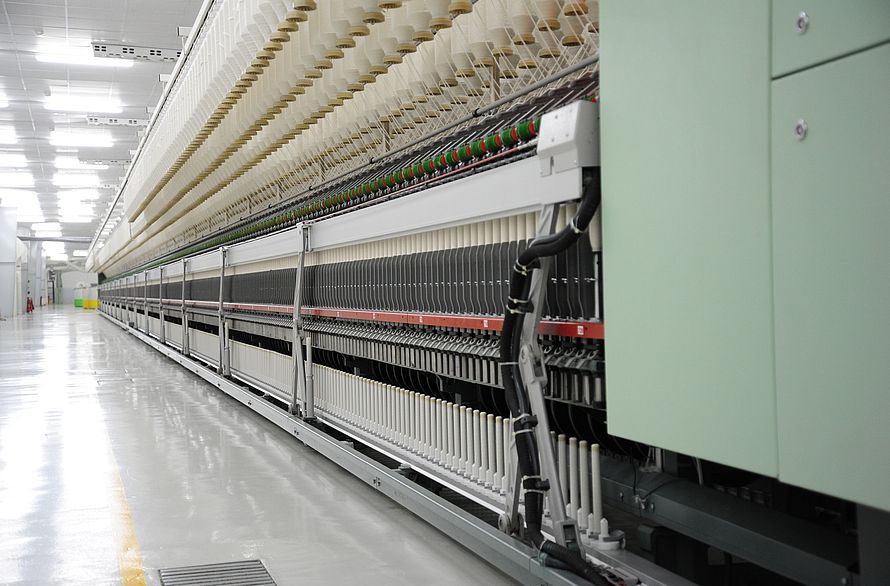 The doffing cycle time of a ring and compact-spinning machine plays a vital role for higher production efficiency of a spinning mill. Keeping the doffing cycle time at a standard level of 180 seconds positively impacts production by several tons a year. Hence, doffer maintenance is key for consistent productivity to remain profitable and to increase machine lifetime.

The auto doffer process has a significant influence on the productivity and performance of ring and compact-spinning machines. If the doffing cycle time is increased or interrupted due to for instance worn out or broken components, it results in significant production loss. If the doffing cycle time can be kept at its standard level of 180 seconds, it boosts production by several tons per year and increases the machine lifetime.

Impact of the doffing cycle time

Continuous monitoring of the doffer settings and key elements is extremely important for the machine’s efficiency especially in the mid- to long-term. An important component for efficient doffing is the drive belt for the cop transport system SERVOdisc. If the belt is loose or worn, doffing delays can occur. Productivity decreases and production costs increase.

It can become expensive to replace single parts, like profiles or traction strips, while worn SERVOguiding profiles or peg can interrupt the doffing cycle. Furthermore, every single stoppage for the condition-based part replacement will contribute to an increased machine down time.

Benefits at a glance

The doffer maintenance kit was designed to deliver the following benefits for ring and compact-spinning machines.

“After the installation of the doffer maintenance kit, the doffing cycle time remains consistent, and the machine efficiency and productivity have increased. We will now focus much more on maintenance of our machines to keep them running with a high performance and to increase their lifetime.”